A man walks into a teleporter and pauses for thought while it scans the physical state of every single molecule in his body.

In a few moments, his entire physical being - his brain, heart, blood vessels, cells, genes, and even the contents of his bladder - will be annihilated and instantaneously recreated from new materials in another teleporter on Mars.

From the man’s perspective, he will arrive at his destination with no lapse in consciousness, no pain, and not even a single hair physically out of place.

But is there some intangible essence to him which the machine might fail to replicate? Is there a mind, or soul, or self about to be extinguished?

Is he about to teleport... or die?

This thought experiment was proposed by the philosopher Derek Parfit in Reasons and Persons and challenges us to question the nature of consciousness and identity.

Pulling at this thread might allow us to tentatively conclude that our sense of self is an illusion, momentarily breathed in and out of existence by the brain. The self is in a continuous state of flux.

In this view, teleportation is the death of the self. But because the self is transient, this death, followed by reawakening, is no different from falling asleep, exiting a room, or transitioning between two thought processes.

Of course, philosophers continue to debate the true nature of the self, and this post only sets out the most compelling possibility for me at this time.

You Have No Mind

For millennia, humans have assumed the existence of an immaterial mind, extrinsic to the physical brain, and home to our underlying sense of self.

Descartes formalised this idea with Mind-Body Dualism in the 17th century and it remains intuitive to this day.

However, philosophers have criticised the theory for violating the four canons of science. The concept of the immaterial mind can't be:

In short, there's no scientific place for an ethereal mind to explain the human experience, so scientific protocol states we mustn't infer its existence.

But if your sense of self is not derived from a mind, soul, or intangible essence, then what are you?

You Are Your Brain

The 17th century philosopher and physician, John Locke, believed consciousness and the self is a matter of psychological continuity arising from physical brain processes.

Locke's classic Essay Concerning Human Understanding suggests we're born with a blank slate, and the personal identity that develops is result of accumulated memories and ideas accessible to conscious awareness.

Modern research upholds this interpretation. Long term memories are stored in the neocortex and so in opposition to Dualism, Locke founded self identity in the physical brain.

Besides being scientifically viable, this brain-identity theory also holds an intuitive appeal: if you were to undergo a brain transplant tomorrow, you would expect to wake up as the same brain in a different body not the same body with a different brain.

However, the brain-identity argument is only partially satisfying in light of the many ways to interpret identity. So let's break down the notion of identity a little more.

The two doors are qualitatively identical because they share the same physical qualities. Yet because they are not one and the same door, they are described as being numerically different.

These are two different types of identity.

The next day we revisit the houses and see that one door was painted red overnight. The identity of the door has changed: it's now qualitatively different (once blue, now red) but is still numerically identical (it's still the same door).

Though its colour has changed, the fact that it was merely painted and not replaced entirely tells us it's still the same door.

Bear this in mind while we apply these identity definitions to the man in the teleporter. Because we want to know if he'll be the same person when he gets to Mars (he's going to travel) or if he'll be an impostor (he's going to die and be replaced by a clone).

Numerically speaking, when his body and brain is destroyed at the molecular level, a completely different man will be recreated from raw materials on Mars. The original man, along with his sense of self, will be dead. He won't be one and the same man any more.

However, in qualitative terms, the reconstructed brain has all the properties of the original and so is unchanged. With all his memories and his physical brain intact, Locke would deem the teleported man to be the same individual, who had just experienced a radical form of travel.

This leaves us with a problem: how do we decide which context-dependent form is the critical measure in any given scenario?

The Ship of Theseus

The Ship of Theseus may provide the ideal solution to the identity problem. In his writings (see The Rise and Fall of Athens: Nine Greek Lives), Plutarch explained how the great ship decayed over time, prompting the Athenians to replace it plank-by-plank until, after thirty years, it comprised none of the original wood.

Paradoxically, while it no longer had the same qualities (for the rotten wood was not the same as the new wood), and was no longer one and the same ship (for all of its original components were completely gone), there was no definitive point in time when it stopped being the actual ship that once belonged to Theseus.

And it's the same with the decaying ship. The transition is gradual.

These analogies demonstrate the subtle ongoing development of personal identity.

We're never exactly the same person at any two points in time even from moment to moment. This claim spans all the most compelling definitions of identity: qualitatively, numerically, psychologically and biologically.

Biologically, you're not one and the same person you were yesterday.

I've touched upon this idea before in posts like Are We More Than Biological Machines? and How Old Do You Think You Are?

In short, all body cells have a finite lifespan, often spanning hours or days, so that you undergo a continuous (if fragmented) replacement process, much like the Ship of Theseus, until one day there is nothing of your younger self remaining.

This effect holds beyond the microscopic level, from the minute-to-minute secretion of insulin into the bloodstream, to the quantum superposition of phosphate ions to make the ATP energy molecules of life.

In fact, this gradual yet unstoppable change has occurred over millions of years in our biological evolution.

Research has found the kinetochores essential to cell division have evolved diverse structural shapes while retaining the same role in the cell.

There is much evidence at varying physical and temporal scales that living systems, both qualitatively and numerically, are in a continual state of flux.

How do psychological state changes occur?

There can be no delusion here: personal identity is experienced as a steady condition; so constant, in fact, that we do not feel the subtle incremental changes that arise unconsciously over time.

There is no "aha!" moment when a 17-year-old wakes up on his 18th birthday, catapulting him into adulthood.

Even traumatic life events such as grief, mental illness, and terminal diagnoses take considerable time to leach their effects into the brain and affect the experience of self.

One famous illustration of this transitory process is the case of Clive Wearing, also known as the man with the seven-second memory.

Wearing suffered a brain infection in 1985 which led to a rare case of anterograde amnesia: the inability to create new memories.

In the years since, despite his significant intelligence and musical genius, Wearing has endured a continuously overwritten experience of consciousness, limited to the working memory capacity of little more than 15 seconds.

His diary is littered with repetitive statements such as: "I have woken up for the first time" and "I am alive" which are later crossed out and replaced ("NOW I am alive") because he didn't remember writing it the first time.

In a healthy brain, new memories are laid down incrementally, and so identity evolves incrementally too. Wearing's case is a cruel demonstration of an existence that lacks an ongoing sense of identity and self.

Indeed, with an experiential capacity of mere seconds, his case underpins the notion that the self is transient at an almost ludicrous scale.

The hallucination we non-amnesiacs succumb to is the continuity of self, generated by the conversion of experience into long term memory.

If the self is an illusion - a collection of experiential packets tucked away into the long term memory stores of the brain - then the man in the teleporter has nothing to fear.

His brain is about to be destroyed and recreated identically on Mars, giving rise to the continued illusion of self, just as his original brain has done for many years.

His identity goes wherever his brain goes, regardless of qualitative or numerical sameness, because his identity is merely the conscious experience of an ever-changing brain.

To paraphrase Heraclitus: identity is a river whose waters are never the same.

What's more, were the teleporter to fail and reproduce the man in two teleporters (say, on Mars and on Venus) there would be no conflict with the issue of identity. The man would be physically duplicated, but his identity will be neither divided nor doubled. 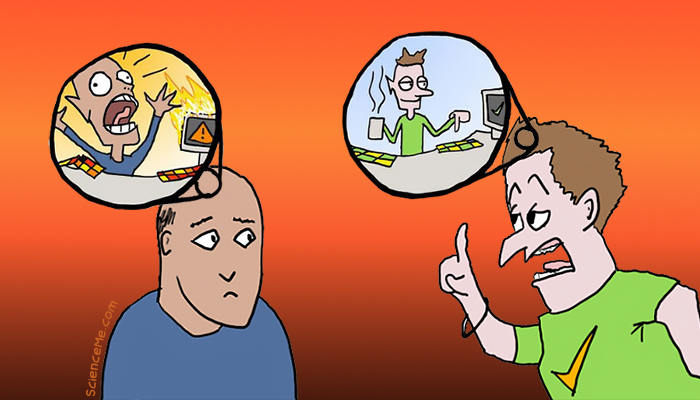 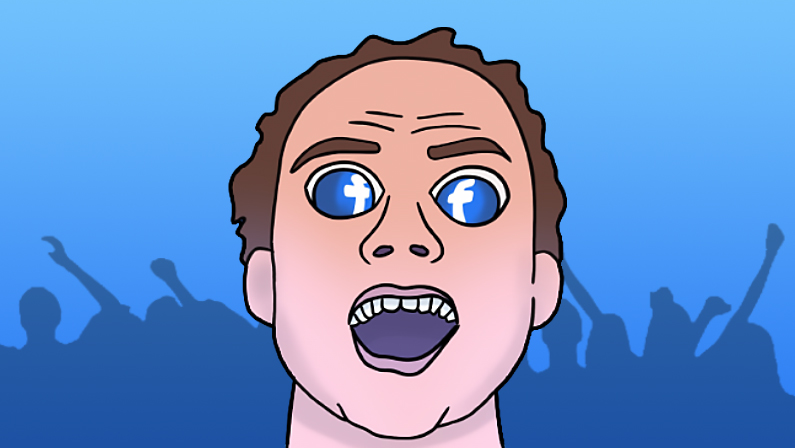